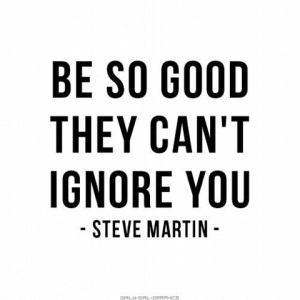 In September 2015 I spent a few days reading a book by Brene Brown called Daring Greatly. The book offers the idea that owning our vulnerabilities makes us stronger, or better at not fearing our lives. Daring greatly as an idea has struck several chords for me as I have lived in fear of discovering that my disability might prevent me from doing my job well enough.

I have spent the last 6 years developing my craft as a counsellor and Mental Health professional; working in the community in private practice, at a University as a Student Mentor, in a prison as a counsellor / psychological wellbeing practitioner and as a Forensic Mental Health Practitioner for Together. I thought I should aim to be better than good. Better than I thought that the disability would somehow stop me from being. In the profession this type of thinking is identified as over compensating. I can put my hands up owning that I do that.

I have Multiple Sclerosis. It is a disease I have struggled to live with for 6 years since being diagnosed in 2011. I can remember the day that my doctor at Moorefields Eye Hospital reluctantly told me. I felt huge waves of anxiety lift. I dreaded that I might have a terminal disease like brain cancer. I might not be bright enough for that. I was also intensely angry and sad. As I imagined that my dreams of being a brilliant professional had dimmed due to my understanding of what Multiple Sclerosis is.

My struggle has been, I have not wanted to admit to myself or anyone that, I have an incurable disease. A disease that has enabled me to take a good look at myself and reflect on the past 30 years of my life. Over the years there were signs of the disease which hinted at a serious nervous system malfunction, that just wasn’t identified after multiple misdiagnoses. The most frightening was at 22-23 I suffered with a 6 month experience of the left side of my body going into spasm after exerting myself. A doctor I saw identified that I might have an inflammation in my lower back that flared up when over stimulated my body through exercise. He requested that I hold my breath through these episodes and either sit or lie down until the spasms had passed. The humorous thing for me was this was a sign of MS and it was missed but his advice worked.

I looked into the mirror on a particular morning in October 2015 and said to myself “I am going to have a great day.” On this particular day I struggled to make it to work on time and tripped and fell hard on pavement, partly due to the fact that I was rushing and partly because of my balance and co-ordination and tiny calculations in gait and flagstone pavement height that I struggle to compensate for felled me. This morning was not what I had in mind as a “Great day”. But a day is 23 hours and 59 minutes and 59 seconds long, I just had to wait for the rest of the day to unfold. It did get better.

For 6 years I have wondered about not letting my secret out as I had not wanted to give others insight about my weakness. But as the book ‘Daring Greatly’ describes, admitting where you are weak is a strength that is indescribable for what it offers: release – a sense of liberation. It feels like for a long time I have lived in a cell with a high barred window. I could hear and smell the seasons change and birds chirping, but the scant amount of daylight that entered my cell was not enough for me to grow strong. I have hidden my illness as a result of how I believed others who may never meet me may judge me. Now I am beyond the cell, and striding into sunlight.

On the day in October where I said to myself “Have a great day”, I attended training at the head office of the organisation where I work. The training was on motivational interviewing and I was invited to share a real story with a colleague about something I had wanted to stop doing. I mentioned that I wanted to stop living in fear of this secret of my MS secret getting out. My colleague EK allowed me to think about what changes I could implement. Owning my flaws, my weakness, bearing to be vulnerable could actually be my biggest ‘to do’.

It scares me as to what this may mean for me and my family, my business and my future. However I already realise that by writing this and then sharing this a huge boulder that I have been pushing much like Sisyphus is now gone. I no longer need to hide it. I have accepted that I have a disability and it does not define my star’s ascent.