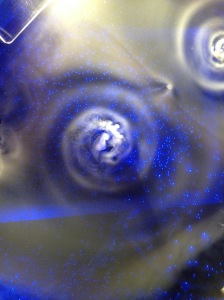 In September 2015 I began facilitating a group of year 1 MSc Therapeutic Counselling Students at University of Greenwich. My role was to sit with 11 students in something called Experiential Group.

Perhaps explaining what the group is to do and the aim of the Experiential Group would help to frame what I have enjoyed about the experience and why I am sad to see the group come to a close. The Experiential Group is essentially the last component of 4 or 5 sections of training to be a counsellor. Other training providers and universities may have a range of different modules for training counsellors. At the University of Greenwich the course is comprised of; Theory, Skills, Case Discussion and Experiential Group and this was the running order of the day when I attended 2008-2011.

In Experiential Group, members discuss topics that have arisen in the course of the week and share these with the group. The space is infused with dynamism, ideas, emotions and rememberings . My role is to sit amongst the group, and notice what is happening in the room and offer insights and reflections for reflection and application to the conversation. It is a role that I feel is as challenging as that of an orchestral conductor without a pre-designed, pre-aranged outcome or destination.

At the first meeting in September 2015, the group asked what my role was, ‘Like what do you do?’ I smiled in response and did not offer much as an explanation. The 11 members of the group as one, looked perplexed, as if I were holding back some valuable information. I eventually offered that I facilitate the space.

Different yet the same

I can reflect on joining my experiential group in 2008 with 15 unknown people in the room and feeling at odds with 2 conflicting ideas. The first was that my previous counselling skills course at Morley College had offered a similar collective learning experience but was termed either a check in or a check out. The ‘Check ins’ were at the beginning of the course and the ‘Check outs’ came at the end. I had some knowledge of what the experiential group was about. But did I? Really?

I can remember in 2008 that I wanted to suggest we check-in and check-out. This would have given me a frame to work within for every group meeting. It may have provided others with a ‘have to’ which could have been prescriptive and not as comforting. Great for me, perhaps not necessary for everyone else. After attempting to make check-ins a part of our experiential group meetings the idea was phased out after 2 meetings. At the time I was not happy about this phasing out but looking back I can see the reason that check-ins were moved past.

The second thought at the time was, there are other people here and they may know more about counselling than me so I should listen and follow their lead as I don’t want to make myself look inept and out of my depth.

Looking back on my need for structure then, I can witness a need to control and pace things in a measured way. What happened with this year’s year one students, was apart from time boundaries there were little imposed rules for the group to hold on to. They managed well with little to guide discussion or rules for the group.

The purpose of the experiential group as identified in an article in Therapy Today (Peer supervision and collaborative power) , which is not in the course hand book but a suspicion on my part, is to grow the counselling experience and the counsellors awareness of self and other in the 28 x 1 hour appointments. I have found this group process remarkable, confusing, frustrating, hilarious, as a way of engaging student counsellors works to hone inherent skill development.

It works because of what each member brings to each meeting. There are differences of opinion, differences in thought, seeing aspects of counselling and psychotherapy in a wide number of perspectives, a collaboration of suspicions, they share successes and failures, difficulties are offered as talking points for the group to reflect. The aspect that makes me wryly smile is that the energy of the room sways and motivates discussion in surprising ways. Pop culture and Pop psychology is often used to hang uncomfortable and indigestible components of counselling and psychotherapy on. Humour was often used to smooth away the cracks that appeared in a discussion that encountered difficulty or a differing opinion.

The group then use the experiential group and components of the course as well as their placements to write 2 professional logs. The professional logs are informed by personal notes taken throughout the year. These notes observe how each participant has used/observed themselves and material from the course in describing themes relevant to them, their progression on the course and relating this to skills, placement (counselling skills application), case discussion and the experiential group. With each professional log, students grew their awareness and their roles as counsellors in each particular setting they practiced their skills in. It was a privilege to sit amongst the group and witness these nano changes, that were in fact gargantuan.

My excitement wanes as I acknowledge that I won’t have this 1st again. These 11 students go on to year 2 or elsewhere to continue their journey in a way that is outside of my knowledge, experience and guidance.

With this said, I am invited to look at what lies at the horizon and begin my walk toward this…

8 thoughts on “Endings and New Beginnings”