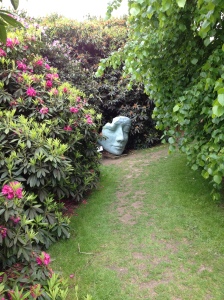 There are many reasons that I have wanted to write a regular blog. Mostly to share a perspective on things I experience from bewildering and conflicting perspectives. These perspectives include myself as a thinker, a past time of mine since I was a young man.

For this blog I wanted to discuss an awareness I sensed but hadn’t fully brought into full consciousness until I came across it whilst reading Brené Brown’s ‘Daring Greatly’. One of the concepts she was able to describe was a simple concept of either fitting in or belonging. At the time of reading ‘Daring Greatly’ in Oct – Nov 2015 I was experiencing what it meant to either ‘belong’ or to fit in.

Working for a large organisation with a group of people one knows vaguely who each have slightly differing roles and responsibilities to yours, there can be points when you are offered a chance to either fit in, or if lucky to choose to belong. When I joined the organisation I attempted to go with the flow and fit in.

Fitting in often does not cause great offence to others ‘no boats are rocking’. Perhaps in oneself the effect is of losing grip on what is important – oneself and one’s reality. Losing sense of oneself can be unsettling and what could be worse is not realising that your way is lost until you are saying and doing things that you don’t recognise.

In December 2014, I left an experience of belonging to a staff team in a high security prison and joined the organisation I currently work with in January 2015. The mental health team I left consisted of Psychiatrists, Social Workers, Nurses, Counselling Psychologists, counsellors , an EMDR counsellor who was also my line manager and supervisor, Occupational  Therapists, and counsellors on placement.

HMP Belmarsh’s mental health team was a robust co-operative, co-ordinated group of professionals that met every week to discuss mental health referrals. It took me 2 years to get used to the quick fired nature of the referral process and dissemination of potential clients to departments within the mental health team. In the last 2 years of working at Belmarsh I gained a sense of how valuable these differences amongst the mental health team were as Social workers would have a different perspective to Psychiatrists or CPNs another opinion to Occupational Therapists and counsellors to counselling psychologists.

With these differing opinions in relation to treatment options, barriers for individuals seeking treatment were overcome and mostly resolved. The experience I had was of belonging to a staff team who were willing to work together for the greater good of those seeking mental health support. I was able to recognise that differing viewpoints can be supportive rather than only negative, that can appear to slow or block progress.

Whilst training as a counsellor 2008-2011 I had experiences that were of not being able to neither fit in nor belong. I was one of a few minority ethnic people on the course and one of only 3 males that completed year 1. Struggling alongside 18 other students on a bewildering counselling MSc course, I would have thought would generate a sense of belonging or camaraderie. My experience was that of being outside of a group of people who were able to exist in a quasi-understanding of fitting in with each other.

I made a choice in October 2015, which was supported by Daring Greatly, that fitting in was not going to be how I operate whilst working with others. Belonging was a better coat to wear. I had been in a number of previous working experiences pre Belmarsh were belonging was a part of the fabric of the organisation.

Currently I find myself reminded of my training to be a counsellor and the discomfort of attempting to fit in amongst a student populace that I was to belong to, but was different from.  The knowledge of being an outsider from a group is not a new one and has the possibility of offering me an internal conflict which can lead to personal growth.

The reality is that the experience of belonging or fitting in will repeat in whatever work context I find myself involved with. The interesting thing for me is that I will attempt to gain a sense of belonging wherever I work. The cost of attempting to fit in I find too great. It’s the experience of not sharing your perspective on subjects you care about, of fearing that you will be ostracized by people you work with, finding that you stand out and being uncomfortable with this.

Being amongst a group of others I would find it important to relate and talk about any number of subjects on a number of different levels and not be judged or ridiculed in my sharing. Depending on a person’s background and family of origin the aim could be to gain a sense of belonging similar to that of a family system. Perhaps without some of the negative aspects of a family group. For me it’s about the feelings that come with the experience of recognising that one belongs. Which feels very different to fitting in.

I would liken belonging to hearing a favourite song by chance whilst out doing something innocuous. The song I would be happy to hear would be Ooh Child by the Five Fairsteps and something like love spreads throughout your system like you’re in a hot bath.

My experiences of belonging are many-fold, for example attending my first BAATN mens group and mentioning that unlike Ralph Ellison’s Invisible Man I WAS being seen and heard by the group, and that I also belonged. Coaching basketball in a number of settings was the epitome of gaining a sense of containment attachment and belonging for every team I coached and for all that attended. My sense of the Experiential Group even though I was the facilitator, I felt part of the group not apart from it, lastly, when my family get together we express our love in volume but each member receives that warm bath feeling…

3 thoughts on “Belonging v Fitting In”