My introduction to the autobiography of Malcolm X was after Spike Lee’s 1992 film. I first read the autobiography 16 years ago. Written in collaboration with Alex Haley the book was the epitome of truth being even more fantastical than fiction.

The autobiography was given to me by Toby D and was a library loan. I was not able to finish the in-depth personable account of Malcolm’s story due to the fact that we were on borrowed time. Spending 3 weeks embroiled with the many twists and turns of Malcolm ‘Red’ Little’s story filled me with a sense of longing to know more about this man, his motives, the message he was sharing and about the legacy he left. Handing the book back to Toby was a wrench.

With over 100 pages read a zenith had been hinted at. I vowed that when I had the time I would buy the book and reread all that I had enjoyed at that first summer’s encounter in 2002. 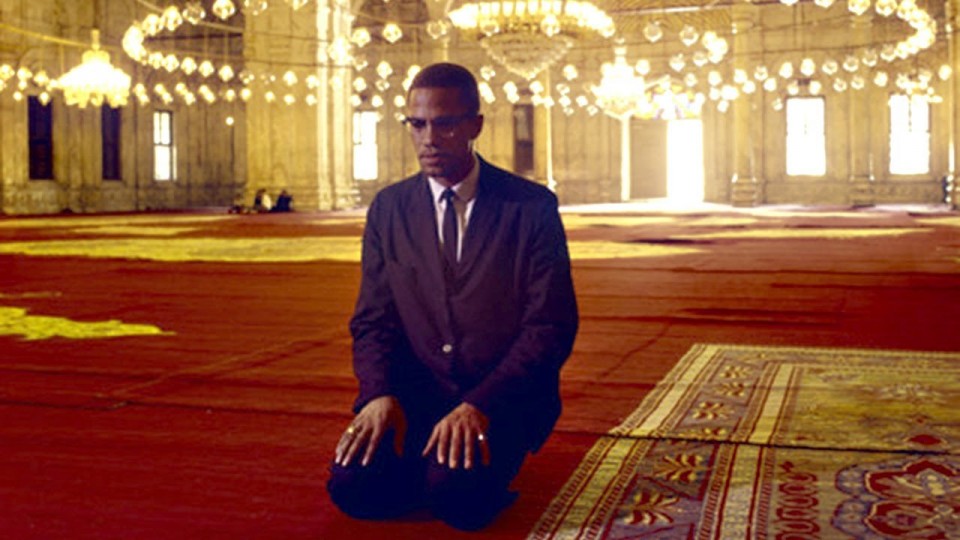 In January 2016, I bought the autobiography of Malcolm X, and read it cover to cover in a matter of weeks. Thrilling, surprising, mesmerising, *aweing and ultimately saddening the book turned out to be.

Being asked by a probation officer with a sneer, ‘Why I would want to read about him?’ Engaged a protective response of what the book had meant to me, I asked ‘if they had read the book?’

They answered that ‘they hadn’t’ and I offered that ‘if they did they would learn something about themselves and about America of the 1950’s -1960’s and about the world’s now.’

What I would have liked to have shared, is the utter brilliance of the story and how much of him appears to have been captured. Malcolm sharing his story with Alex Haley – the vibrancy of his epoch is gripping.

A thought struck as I talked briefly to Mr Waters, saying my goodbyes to Together, in relation to representation and misrepresentation. What the probation officer appeared to be offering was an idea of who they had held Malcolm X to be and what they knew of him to represent – a villain, a Nation of Islam fundamentalist, a Black Nationalist. Mr Waters on reading the autobiography mentioned that he had learned much about the man and the history he had lived.

Malcolm was the someone who appears to have appeared on the wrong side of history and is forever damned for representing African American struggles in a light that was *oppositional and troubling to the US. A Country in which millions were/are continually oppressed and held to account for not attaining the impossible American dream.

I mentioned to Mr Waters my knowing of the multi-millionaire sitting president of the US.
I mentioned that what I knew of Donald was that he is a successful business man. He also holds a number of perspectives about the world that I do not ascribe to. Twitter Addict.

However, my perspective of the man is skewed by the many way’s in which I know of him; TV, social media streams, radio highlights. What little I knew of Donald included newspaper reports and news about various scandals. The president appears to hold an ideology about various aspects of the world he is living in. Ultimately he wants to make the US a better, a safer place to live,

It is at this point that the Artist in me holds two mental pictures in relation to a hero of the people and a despot. Both men are possibly tied by an ideology of wanting to improve their country by making things better by being forthright and open about their visions.

The two men could not be any more different. One who was raised in poverty, the other raised in fantastical financial wealth. One provided for, through adversity and spirituality an education that was a forbearance of his future. The other who was shielded and shown that wealth, gigantic wealth was his birth right and managing that wealth took strength, foresight, finding  weakness in others and exploiting margins ruthlessly as a business person. A combatant.

Both men became leaders and my knowledge about Malcolm supersedes my awareness about Donald. I find myself protective of Malcolm and his legacy as though the history the man walked with were to be erased posthumously. Malcolm after his pilgrimage to Mecca realised the truth of his faith and sought to bring insight to the Nation’s followers and to America. The Firebrand that had previously been Malcolm’s nom de prix, had aligned to a purpose much higher than what he had become known for.

This for me is the split that the world does not acknowledge of Malcolm. He internally grew beyond the initial yoke of his past including being the main spokesperson for the Honorable Elijah Mohammad. His transformation was as dynamic as a bright light coming on in a darkened space.

I am as unaware of Donald as the probation officer was of Malcolm. I have not witnessed a sea change of Donald’s ideas as fundamental as Malcolm’s. Given Donald’s position I am unsure if a fundamental change of his ideas would be supported, or wise for the administration to follow.

Perhaps as a planet we have moved beyond the tipping point, reason and wisdom wan.

Fear seems to be the root cause for some of the ideas he has shared: the wall, the ban, the S bag countries of Africa, the ire about football players that knelt for the National Anthem. Expressing a limited understanding for humanity’s endeavouring spirit, the resilience, what reciprocity entails, how to collaborate and the acceptance of difference -fundamentally lost.

Both men became who the world at the time needed them to be: a wall builder and a visionary seeing beyond the limits of belief, nation and person. Conquering Fear. Those who knew Malcolm appeared to value and respect the significance of his transformative walk and empowering talks.

Knowing little of Donald, I fail to recognise the value of the transformation he has brought. The doubt I hold, is toward the journey Donald has the world making, could it be as beneficial as Malcolm’s had the potential of being?

Below a few podcasts of interest: