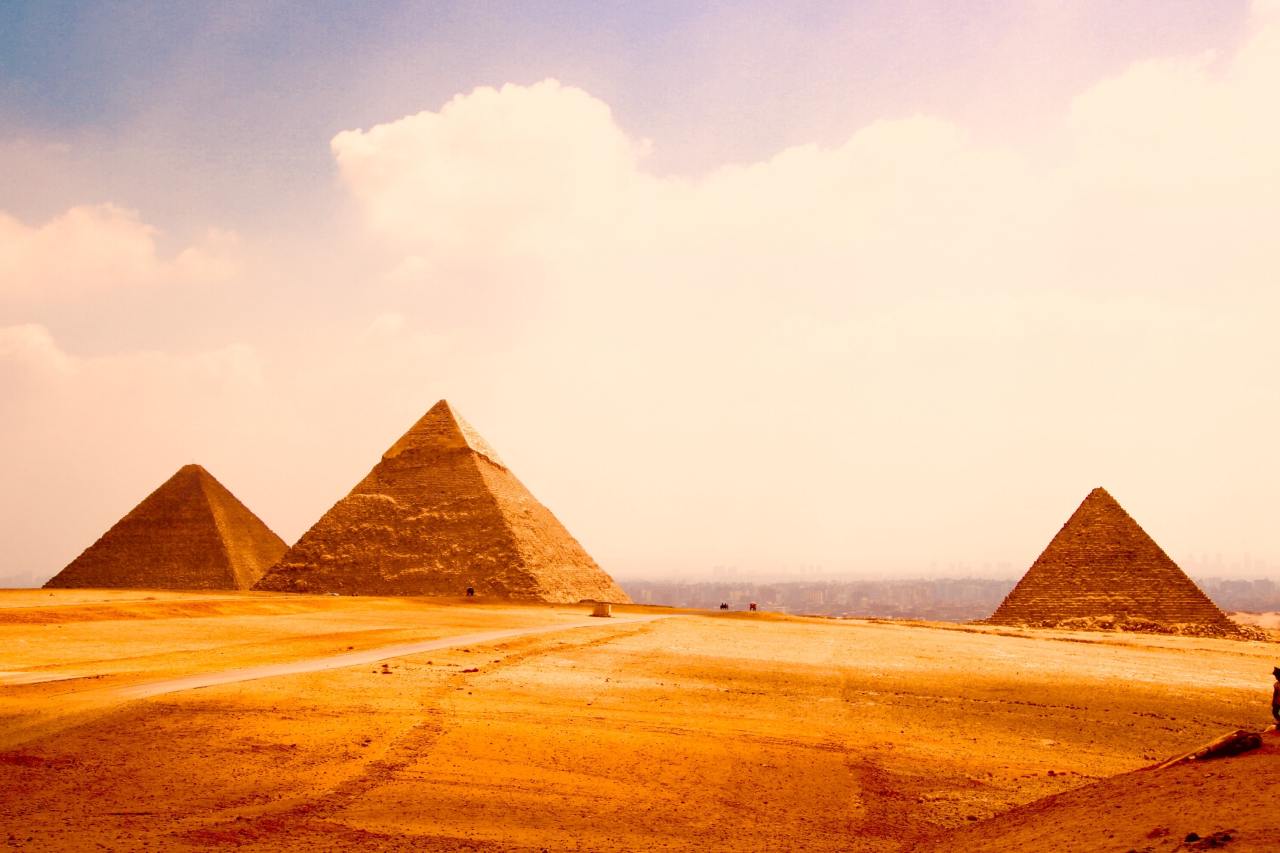 We may/may not know what a pyramid or a ponzi scheme is? I will do what I can to explain both concepts. The race game is a ponzi scheme, was a thought that flew in recently. The idea that the human race is not genetically different underneath the skin. The fact of being racially similar has been scientifically proven. The 99.9% similarity fact has yet to enter the hearts and minds of some who walk the planet.

Early Vision
Initially I was going to write about White supremacy as a zero sum game. Whilst the zero sum/supremacy proposition could be useful in the short term, the goal, my goal, is to shift the conversation to the overall benefits of the infinite game – Ubuntu. With the idea of the infinite game in mind, I will initially discuss Pyramid/Ponzi Schemes. Then the Zero Sum and The Infinite Game and end with models that could promote alternative ways of thinking, living and breathing in relation to White Supremacy. The plan will be to discuss these concepts over the next few weeks.

Braver
We must be able to stay amongst the messiness and discomfort of excruciating vulnerability and the exquisiteness of transformative change. An idea that I enjoyed hearing from an episode of Brené Brown’s Unlocking Us podcast.

Explanation
The stratification of the human race favours White (male, heterosexual, able bodied, wealthy) at the ‘top’ of the pile/pyramid and Black and Brown at the bottom. I wonder if this is an exposition from the discovery of ‘white’ light being a composite of all other colours of light? Where the colours of Red, Green and Blue light converge to produce ‘white’ light.

Ponzi Scheme
The Ponzi scheme is a fraudulent investment opportunity, for those willing to part with significant sums of money. An account manager appears to invest the money into a high-risk ‘fund’. The account manager often does little with the investment, other than to invest in themselves or spend other investors money lavishly. With little consideration about ethics, rights or morals. The Ponzi scheme is set up to convince investors of the lucrative potential of a fund and to return a financial payout equal to or of an amount significantly higher than their initial investment.

Breakdown and Fallout
The investor is not made aware of the risks involved or of how their investment will be transformed into more money. The Ponzi scheme works by convincing ever more wealthy investors on behalf of the account manager, to buy into the fraudulent plan. The scheme is set up similarly like a house of cards. For the scheme to work, early investors recoup their earnings from investors that join later. Cashing out early can be supported by the account manager. Cashing out early has the potential to be misdirected and complicated by the account manager. Early withdrawal may also be supported when there is enough of a return on a fund holder’s initial investment. Early Ponzi schemers are paid out from later investors sums of money installed into the system. Thereby convincing early fund holders that their windfalls come as a result of wise account management. If all involved in the Ponzi scheme were to withdraw their funds from the scheme at the same time, the scheme would collapse. Every subsequent investor could potentially have none of their initial investment returned.  Often the Ponzi scheme places investors into debt or bankruptcy. A schemer may have hoped the fund would have saved them from.

Pyramid Collapse
When successful a pyramid scheme can last indefinitely. The main focus is in selling an idea of worth to future buyers and future agents. Pyramid schemes can falter and fail at a point of market saturation, customer dissatisfaction or agent disillusionment. The agent or customer no longer fascinated/intrigued makes any further purchase of the product. Agents may actively try to dissuade future customers from buying the product. Sharing the products failings. Some have highlighted the American dream and Empire as a complex pyramidic scheme. Similarly, adherents of the American empire have also become disillusioned and disenfranchised. Agents and customers confidence in buying and selling the product wanes or stops completely. For those near to the top of the pyramid, a fall in revenue and sales result in lowered enthusiasm in the product. Belief in the product falls, reducing marketability and overall sales. Some pyramidic systems as an alternative to faltering sales double down on efforts to sell the idea of the product and regain previous sales levels and product confidence.

Pyramid Conspiracy
Belief in the Pyramid almost makes it real. The systemic nature of control and social governance via media and hype invites a numbing effect. Conspiracy theories can become popular. The validity or ability to critically evaluate and assess information about the product, scheme or company is rendered ineffective – like a deflated beach ball. The challenge to the idea that White Supremacy is a given, a must and here for time ever lasting, is similar to the lie of patriarchy. The male of the human animal is often emotionally under-developed. Not a news flash. Many men choose simply to overlook assertions such as these, holding to notions of centuries past. “Only men can control the land, sea, sky and heavens.”  All such assertions have been proven false! No human can control the elements. We can only simply observe and thus are moved. I wonder if the masculine fears the feminine that have known these elemental truths for millenia?

Same Cloth
White Supremacy almost presents an alliance with complete dominance coercion and control via unequivocal means. The structure of White Supremacy points out that, without a system dehumanising and disempowering others, without rules and laws, without lies and cheating and theft, White supremacists would find themselves living without the protection of what has been instituted to hold up a frail pale male and stale human. Crumbling of the walls around the citadel of psychosis has been noted. The well-worn lie, could be seen to be ushered in with the election of the previous incumbent of the White House and the enthusiasm behind believers in Alt Right suggestions of proclaimed superiority. Alt Right supporters professing that White Americans are the newest underserved and undervalued racial group in America/Globally. It is a wonder of mine, that superiority is ever confused with vulnerability on any level.

Royal Costumes
The story about the Emperors New Clothes always made me laugh as a child. The barely clothed emperor striding along a street, laughed at by the towns people, is the idea that stays with me. White Supremacy is as ludicrous and as insidious as a Ponzi scheme, or an emperor wearing his birthday suit in public. The global South has been invited to hold onto a sorely disguised lie. The emperor has been caught up within his own ideas of grandeur and superiority. He is in fact, is as vulnerable and as churlish as a 6-month old diaper wearing baby. Daring those with eyes and ears, not to perceive him the superior. Being convinced of his supremacy and yet as susceptible to being fooled and taken advantage of as any other ego fueled simpleton. The strength of the belief and in the systems that support White supremacy is what incredibly propels the continuance of a wholly unhealthy world dominant status quo. Just like the Emperor’s new clothes: the seams unsewn – seep fresh new winds.

Structures
There are an uncountable number of systemic factors that support the proclivity of White supremacy. I have previously highlighted policies that include housing rights such as Red Lining in the US. And a similar system was used during the Windrush era in the UK, where landlords did not let rooms to Black tenants from the Common Wealth. Policing continues to be a subject of debate. Mishandled police involvement leading to death of Black and Brown people in Canada, the UK and the US. Prison in the UK, US and Canada has an over representation of Black and Brown bodies continues to be problem centred not solution focused. We could observe plea bargains, unsupported minor offenders, biased rulings and sanctions against Black, Brown and poor people at court, who become involved with the injustice system. Black, Brown and poor young people are often under educated in relation to lack of school provision via resources that are often sanctioned by local government. The podcast School Colors examines a New York School’s troubled history and challenging future. A few weeks ago I began what I intended to be a short piece on Internalised Racism. The blog turned into a 6-part extrapolation on my understanding of the impact of racism. Internalised racism – another outcome of White Supremacy’s tenure.

Civil War
There have been times when I have reflected on the experience of being Black both in the UK and now as a ‘visitor’ in Canada and thought about how uncivil and uncomfortable living Black often is. I have not lived in Nazi Germany or in Israel, however the term living under occupation seems to aptly apply to the sense of living in democratic countries under an awareness that my kin are largely undervalued, underappreciated, plainly not wanted and hated on site! The feeling is of constantly being under surveillance either by fellow citizens, or by law enforcement. Sometimes the surveillance is carried out by self to ensure I am not too loud, not too present or distant, not too serious looking, not too humoured or not too humorous. It is like living inside of a prism. W.E.B. Dubois called this awareness ‘Double Consciousness’. The constant reviewal of seeing oneself being seen by others and reviewing how that ‘seeing’ is impacting both ‘observers’. For me, it is the living under constant threat of something happening that I have yet not encountered or imagined that causes a generalised anxiety. The experience of PTSD is often used to explain experiencing racist encounters amongst an oppressive system. Rebecca Cokley on Ibram X Kendi’s podcast Be Anti-Racist, discussed that Black and disabled people often do not experience the recovery period after an event. There is always another trauma that happens after.

Surviving White supremacy is to recognise the always on, infinite game.

Resources
Numbing links to an article that highlights experiencing everyday racism potentially leading to schizophrenia. Erin Anderson ponders the reality of Black people becoming mentally unwell after years of weathering. The article reflects decades of research. Brené Brown offers an understanding of the crumbling of the citadel after the insurrection at the White House in January 2021. Alt Right links to Gary Younge’s investigations with a leader of the Alt Right. A clear example of Zero-Sum and Infinite Game theories in action. Southern Policy Law Centre observe The Alt Right movement. The Emperors New Clothes a retelling of the story by Hans Christian Anderson. I begin this piece with an attempt to explain Ponzi and Pyramid Schemes. For me, the 2 Ps have been a useful way to begin disassembling the structure of systemic racism and the fallacy of White Supremacy. The Link below offers more of an understanding of Ponzi and Pyramid schemes. Ibram X Kendi interviews Rebecca Cokley observing the intersections between living as a disabled person and also living as a Black person. I have found George’s poems and artistry wholly involved within the reformation of old to new ideas. In this episode George explores how his art can entertain, interrupt and also lead to activism. Janet Gassam Asare shares her insights about what White Supremacy is and is not.