My first introduction to American football happened as a result of Grid Iron on Ch4. I was already an enthusiast of Basketball and Football became a new sport to invest time with and learn about. I enjoyed the UK based commentators attempt to over explain the rules and various decisions that occurred throughout the game. This was in the late 80’s.

Due to Colin Kaeparnick’s non signing with a team last season I chose not to watch any NFL games. I am vaguely aware of the winners of last season’s Super Bowl but am not as up to date with trades and new signings for this season. Netflix and Amazon have been my go to’s.

Offering my NFL starved eyes initially Friday Night Lights – then Last Chance U, All or Nothing, Undefeated, Coach Snoop and QB1. Marching Orders has been a late addition to my TV watching that I have been fascinated by. The show has little to do with football as they perform for themselves and in competition with other bands. Each Last Chance U features a marching band intro and I have been impressed with their discipline and timing.

In my experience great leadership can lead teams to phenomenal successes and some devastating defeats. As a former Basketball Coach I recognise the want for excellence from all, all of the time. The reality is that excellence and perfection are not always possible, no matter how much it is wanted, worked for or at times wished for. A number of years ago I had a moment at a London Youth Games tournament when for 30 seconds I lost it with my basketball team. I lost sight of what we had come to do, play well, play for enjoyment and play as a team. The Hurricanes had worked so very hard to get to the games and the 1st game had been a great example of what I enjoyed about coaching. The first game was a narrow defeat but they had gained learning from the experience and looked to have fun throughout the game. I had felt that they were ready to take on any other team and play well. 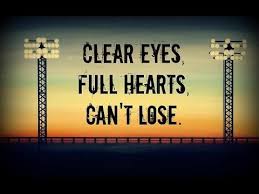 The second game out they were losing to another team within the first few minutes of the 1st quarter by 15 – 2. Stunned, appalled and amazed at the swiftness the other team from Westminster were dispatching us with, I called a time out. I wanted to rally my team and interrupt the flow of the game. In the time out my words were incendiary and raw coming from a place of hurt, anguish, disappointment and guilt. My ire was intolerable and according to the team lifted the roof on Crystal Palace’s main hall and painted it an array of colours. My several words of profanity put me in reach of Last Chance U’s Buddy Guy and Jason Brown coaches.

The need to perform well and win against insurmountable odds must be a chip that gets inserted into a coaches sub consciousness at some point during their lives. The Hurricanes had trained well. The drills we had covered over the months leading up to the London Youth Games I and my co coach believed would provide them with chances to play well, be versatile, flexible on offence and decisive on defence. The pain of disappointment came as I realised that for some this was to be their last youth games. That their Basketball playing potential was not going to be realised that day, or any other where I were to coach them. The reminder of the story book ending slipped out of sight that afternoon. But life as always continues.

Season 3 of Last chance U has underwhelmed me. I enjoyed the first season, it offered a behind the scenes look at another coaches habits and team building capability. The Editing of the  episodes watched may have miss represented Coach Brown’s input with this season’s show.

In season 2, Buddy’s past crept in and derailed his attempts at claiming inter state championship victory. A punishing disappointment that he seemed unable to let influence his decisions and mood. Coach Brown in season 3 appears to have not read the coaches charter. I find it difficult to watch his players be screamed at repeatedly with no information to guide their overall improvement. The coaching staff do not get off lightly either as they are viciously hurled abuse at. My mental health antennae have turned to on and I am starting to see Coach Brown’s ire as unsavoury and dehumanising.  I had not foreseen that such poor management, poor leadership and an unstable personality type could rip a team apart as resolutely as Coach Brown’s had.

I am dismayed at the latest instalment of Last Chance U, yes it was never supposed to be as neat and as sewn up as Friday Night Lights, however I held out for something redeemable. A quality to the calibre of Coach Brown that young men were willing to put their hearts minds and bodies on the line for. Initially the spark and committment and energy was there but as pressure mounted Coach Brown started to retreat into a concentric circle pattern that had him be isolated, unlikeable and lacking connectivity. Good leadership drives hard, has unrelenting standards, knows how far to push and be pushed and then offer to those who they work with all the accolades and praise when they achieve what they are due. Marching Orders band director Donovan Wells is a great example of a person who is willing to have vision and inspire others to achieve it and not lose the respect of those he is working with. Once the likeability and the ‘I will run through that wall for you coach’ is gone, the team is lost and the game is over before it even began. 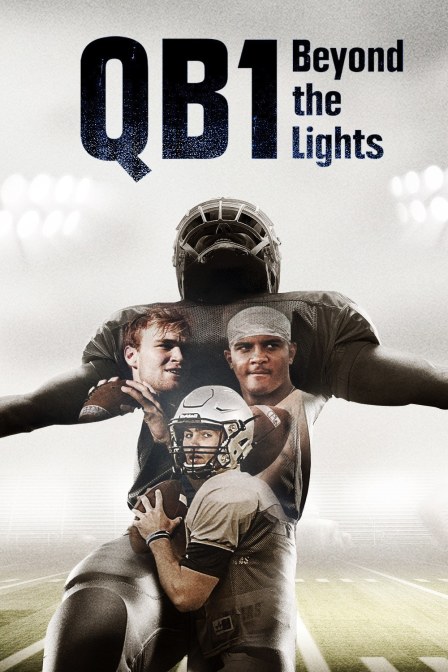 To lead one should be willing to listen to all voices especially those that dissent. An element in disagreement  may perhaps with revision could support attainment of goals desired. I feel that a good leader, coach, counsellor, mentor, should be willing to be led. Leaders cannot know all, do all or be all. At times it would be best to sit still, listen and learn.

The Hurricane members that I am still in contact with have forgiven my ire and curse words of that then. I am thankful of their resilience and patience with me. It has become a “remember when Coach Mike…”

Laughing plays an important part in dislodging, dissolving and supporting growth. I saw little laughter in last Chance U season 3, unless at the expense of Coach Brown. I am happy that I didn’t permanently damage the Coach player relationship with my team. I lost my temper and not the team.

Some losses are too great…